Let's say you want to sign some PDF with you "real" human signature. Of course you can draw your signature using your mouse or touchpad, but this "fully digital" signature usually turns out to be really ugly and pale version of your slick signature you are used to write when signing physical documents. Another way would be to take a a photo of your signature, on your phone, and then properly condition this photo so it is cleaned up, and the background is removed, so the signature can be put on electronic documents. This is a short write up describing the ways how you can cleanup your signature.

This way is good if you have Adobe Photoshop installed, and you know how to use it. This a pretty complex way of doing a pretty simple thing, but anyways this method gets thousands of views and likes on YouTube, so you might want to check it out:

There are also countless versions of pretty much the same tutorial but with different graphical software, for example Gimp. The process might take from 3 to 10 minutes per signature (if you have the signature installed, of course).

#2. Apple way: use Preview and Camera

"Preview" app, which comes with every Mac, has a neat feature - creating signature from a camera.

Then choose "Camera" and show a paper with your signature to webcamera of your Mac. The traced signature will be saved to your "Preview" software.

Now you can use your signature and place it to any file!

This is a good approach if you only want to sign your PDF files in Preview app. But, unfortunately, you can't download your signature file from it t use it in other software.

Though I know how to use Adobe Photoshop, I don't have it installed on my Macbook. I also like the Preview app but I often need to sign documents in my browser, or via my phone. Since I have already built OakPdf online editor, I realized I might build another simple & useful tool to remove background from signature photos, which will be useful for many people. I have spent 2 or 3 days testing different approaches and I was very excited when I managed to get pretty good results on most of signature pics I had. Here is the short demo of OakPdf Signature extractor:

Try it out on this page: https://oakpdf.com/signature-from-photo

OakPdf Signature Extractor produces vector image, pretty much like Mac Preview software, but it is completely portable since it uses SVG standard. This also has a nice side effect – you can change pen color of the produced signature, before downloading it!

Why would you need to trace the signature?

Tracing is a process of converting the rasterized (pixel) image into vector image. The major advantage of traced signature produced by OakPdf Signature Extractor is that you can scale up the signature without sacrificing the image quality, and you can also change signature color on the fly. (The tracing process is optional and you can produce the raster image of the signature, as well, just uncheck the "vectorize" checkbox.)

Handwritten signatures are naturally a good fit for tracing, so it is usually a good idea to download traced version because you can scale it, it looks much smoother, and you can even change pen color, without loosing any quality.

This is a short writeup about an online tool: OakPdf Signature Extractor.

This is a simple tool which does just one thing: extracts your handwritten signature from a photo, and traces it, so you can later place this signature when signing documents electronically. I have created Signature Extractor for my own needs after I have investigated other tools available online.

Signature extractor tool is a part of oakpdf.com which is an online PDF Editor with superpowers like making your digital PDF look like it was scanned by real scanner. I plan to better integrate extractor right into OakPdf editor, now these are basically two separate tools. 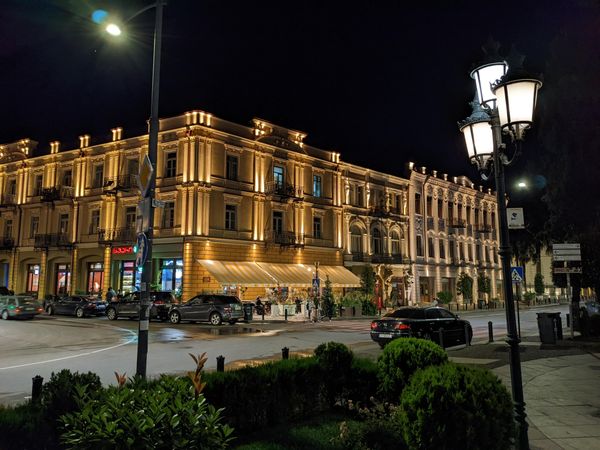 This lately became a pretty popular question when scraping with Puppeteer: let's say you want to interact with the page (e.g. click the button) and retrieve the raw ajax response (usually, JSON)

Pixeljets
—
How to remove background from a signature: 3 tools
Share this